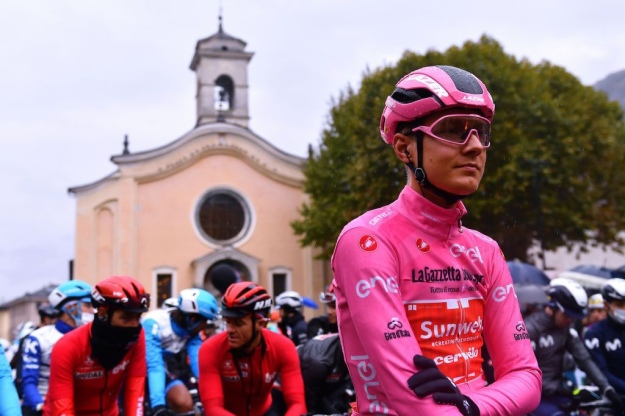 Stage 19 of the Giro d’Italia, the longest stage of the race set to run 258km (160 miles) from Morbegno to Asti, has been shortened after a rider protest at the stage start on Friday morning.
— Read on www.cyclingnews.com/news/giro-ditalia-stage-19-shortened-to-150km-after-rider-protest/

Geoghegan Hart was one of three riders to survive the relentless pace on the category 1 climb, and he sprinted past Sunweb duo Jai Hindley and Wilco Kelderman to take the stage victory, bringing Ineos Grenadiers its sixth stage win at this year’s Giro.

“I’ve only won a few races in my career so this is something incredible to me,” Geoghegan Hart said. “For me, crossing the line first is something truly incredible.”

The British rider dedicated the victory — his first in a grand tour — to the team’s late sport director Nicolas Portal, who died earlier this year at the age of 40. 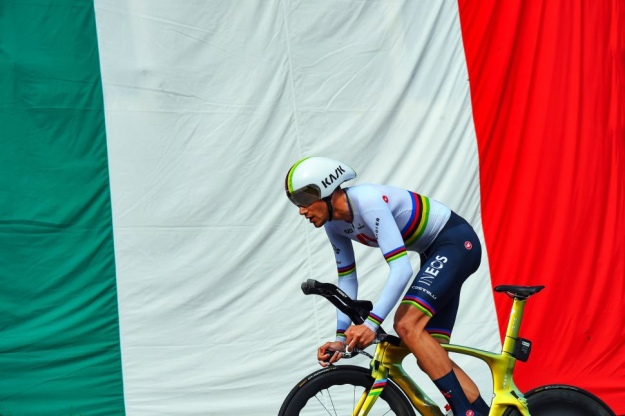 Filippo Ganna (Ineos Grenadiers) destroyed the competition to take his third victory at the Giro d’Italia, winning the stage 14 time trial in a blistering time of 42:40. The world champion was 26 seconds quicker than his teammate Rohan Dennis in second place.

Brandon McNulty (UAE Team Emirates) was by far the best performer of the GC contenders, finishing in third at 43 seconds behind Dennis and rocketing himself into fourth place overall. Having started the day in 11th place, McNulty is now just 12 seconds off a podium position after Pello Bilbao gave away more than a minute to the top GC riders.

Aside from McNulty’s ride, there was no huge shake-up in the overall standings.
— Read on www.cyclingnews.com/races/giro-d-italia-2020/stage-14/results/

The news that Simon Yates had to withdraw from the Giro d’Italia after testing positive for Covid-19 will have sent shockwaves through the peloton, according to Brian Smith.

Mitchelton-Scott announced that team leader Yates would not start Stage 8 of the Giro after he returned a positive test for coronavirus having developed symptoms after Stage 7. No other members of staff tested positive but Yates was forced to withdraw from the race.

Looks like a small 2’ windchop this morning. The Pavilion in #BocaRaton looks rideable on a #longboard. Check out the Surfing Webcams in #Florida at BrownieBytes.Net #surf #surfing #waves #beach

Sustainable deepwater fish farms could propel the fishing industry into a new direction and in an “environmentally responsible manner” by replenishing depleted wild stocks that have been affected by overfishing and pollution.

Ocean Era breeds “sushi-grade fish” in pens 230 feet and almost 4 miles (70 meters deep, 6 km) from the coast. Currently, aquaculture (the farming of fish, seafood and aquatic plants) already accounts for about half the fish eaten worldwide. However, these fish farms are typically located in coastal waters where the fecal waste produced by the fish, and chemicals used in the farming process potentially impacts the environment.
— Read on www.techthatmatters.com/these-sustainable-deepwater-fish-farms-breed-sushi-grade-fish-and-could-replenish-depleted-wild-stocks/ 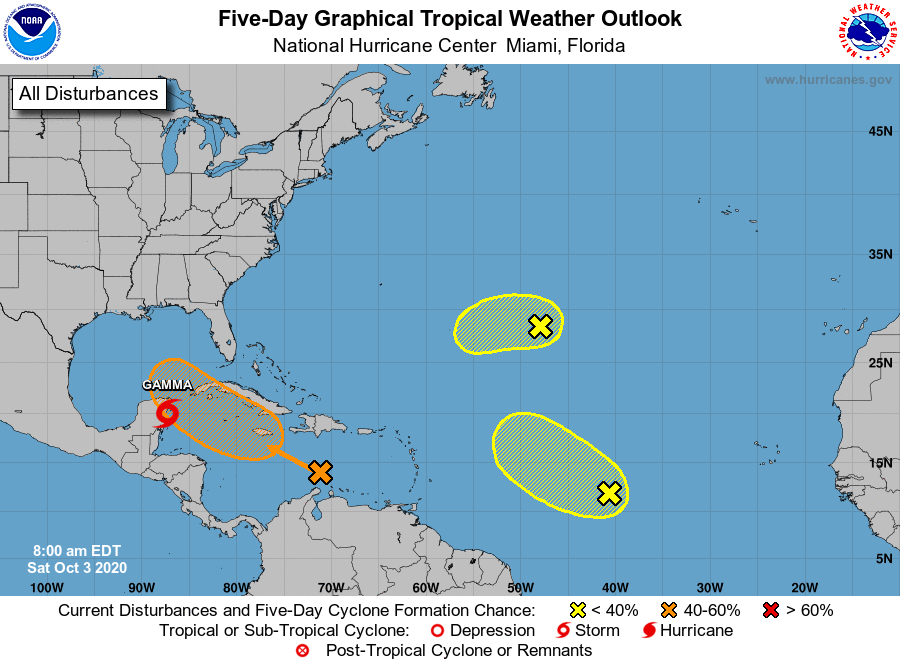 The National Hurricane Center is into Greek names at this point because of so many storms. The latest is Gamma. Come on 2020 – give us a break! Atlantic 5-Day Graphical Tropical Weather Outlook
— Read on www.nhc.noaa.gov/gtwo.php

Given the unpredictability of COVID-19 and rising hotspots across the U.S., the CT Defense Mobile Medical Unit could lessen the constraint put on hospitals – and save more lives.

Created by CT Defense and distributed by Elavo, this state-of-the-art mobile hospital is a 12-bed mobile ICU that features HEPA filtered climate control, which prevents the spread of infectious diseases.

The unit stands out from the rest due to its advanced sanitization entrance/exit that protects health workers and the community. It has expandable sides that almost doubles the clinic space
— Read on www.techthatmatters.com/this-high-tech-expandable-mobile-hospital-has-a-covid-19-isolated-clinic-space/